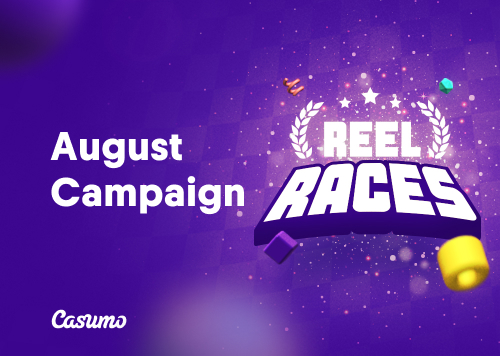 Casumo will be running a special Casumo Reel Race campaign, and from the 8th August gamblers will be able to take part in a 24 hour Reel Race everyday on Casumo slots on mobile and PC, with the final race taking place on August 31st online.

All about Casumo casinos August Reel Race campaign in 4 steps

Besides the chance of winning Casumo’s daily cash prizes, players will also be able to accumulate points towards the final leaderboard for every race they take part in between 8th - 31st August 2022. It is easy to be in with a chance to win a slice of an additional £55k prize pool (winners will be announced a few days after the Casumo tournament).

Warm up your fingers, and log in to Casumo this August!

GO TO CASINO
Read our review